The Future of Construction

The careers of the future are already here. Major new construction projects are popping up right across Canada, with hot spots in every province. We’re talking big projects, like liquefied natural gas (LNG) and mine developments, hydro stations and power plants, bridges and highways, pipelines, transmission lines and even wind farms. Coupled with all of the coming retirements, employers will be looking for a lot of new, qualified tradespeople to be able to complete these big projects – projects that often require 1000s of workers.

With Canada’s abundance of natural resources – we’ve got the world’s third largest oil reserves, tonnes of minerals and metals, and huge hydroelectric capacity – projects in these areas will be plentiful over the foreseeable future.

Click on the map below to see where the projects – and jobs – are in your province or territory.

just outside of Fort McMurray, Alberta. Just the sheer scale is impressive. On a regular day there were upwards of 12,000 people living and working on-site. Being from a town of less than 4,000 people, you couldn’t help but be impressed.”
– Stephen Hull, Electrical Foreman

Canada’s infrastructure is important – for a healthy economy and for the quality of our everyday lives. It includes roads, highways and bridges, ports of entry, water and electrical systems, and even things like public parks, hospitals and libraries.

But a large portion of our infrastructure needs replacing or refurbishment. Much of it was constructed in the boom following the Second World War! Check out the news and you’ll see headlines for infrastructure projects happening in cities and towns right across the country. According to the 2019 Canadian Infrastructure Report Card, "nearly 40% of roads and bridges are in fair, poor or very poor condition, with roughly 80% being more than 20 years old."

The federal government has responded to this crisis with the New Building Canada Fund – the largest long-term infrastructure plan in Canadian history. This fund, which commits $14 billion over the next 10 years, is part of the larger New Building Canada Plan that will invest more than $53 billion in infrastructure across Canada between 2014 and 2024.

Do you see the job opportunity here?! A September 2021 RBC report forecasts that with the coming infrastructure boom, there will be severe shortages of industrial mechanics, welders and boilermakers.

See what this means for your province or territory – check out Infrastructure Canada’s website.

Construction to keep up with everyday life

And let’s not forget that people will always need places to live and play, to learn and keep healthy, and to shop. As the population grows and people move from one place to another, their needs must be met with new constructions such as homes, condos, schools, hospitals, libraries, entertainment centres, parks, sporting facilities and shopping malls.

There is always and will always be a need for construction and skilled tradespeople.

DID YOU KNOW?
Skilled trades are considered an “evergreen profession.” That means they will always be needed.

Lots of retirements = Opportunity for you!

It's no secret – the construction workforce is aging and Canada is already experiencing a shortage of skilled tradespeople.

The baby boomers are starting to retire. In the construction industry alone, we’re talking around 156,000 of them retiring over the next six years.

So companies are eagerly looking for more new talent – just like you!

Click on the map below to see how the numbers stack up for your province or territory.

DID YOU KNOW?
More than one quarter of the construction workforce is expected to retire between now and 2029.

Explore the trades that fit your personality and lifestyle in the Career Finder.

Check out the Career Paths available to you in the construction industry.

The Skills Shortage
The skilled trades shortage is having an impact on every province in Canada. Learn more.

You could build something amazing! Check this out. 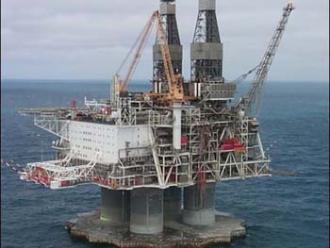